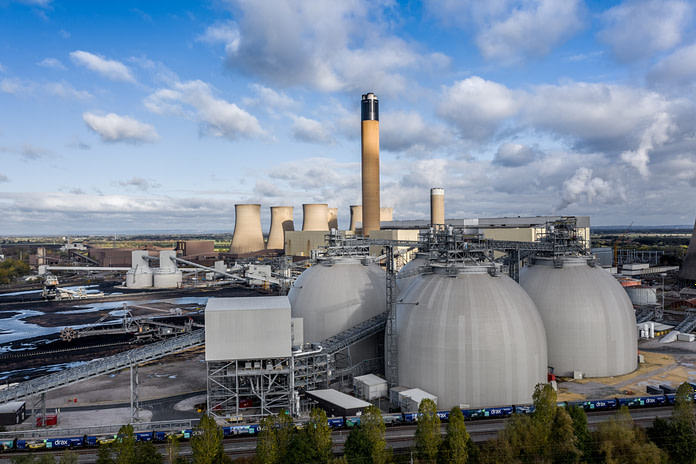 Introduction: What is Carbon Capture?

Carbon Capture and Storage (CCS) is a process of capturing CO2 from large point sources, such as fossil fuel power plants and storing it in geological formations underground.

CCS technology is currently being used to reduce the emission of greenhouse gases, which contribute to climate change.

The process of carbon capture and storage involves capturing the greenhouse gas emissions from various sources and storing them in a reservoir.

This is one of the most important ways to reduce the rate of global warming. Carbon capture process is also called carbon sequestration, which means to store or sequester carbon dioxide (CO2) from its sources.

In this article, we will explore this process in detail, including how it works and why it’s necessary.

Carbon capture is a process that captures carbon dioxide (CO2) from large point sources and converts it into products such as fuels, chemicals, or fertilizers.

Carbon Capture and Storage (CCS) has the potential to reduce greenhouse gas emissions from fossil fuel power plants by up to 90%. It can also be used in other industries such as cement production, steel-making, oil refining, and other industrial processes.

In addition to reducing greenhouse gas emissions, CCS can also help reduce the cost of energy for consumers through the use of fossil fuels.

The Disadvantages of Carbon Capture

Carbon capture is a process that captures carbon dioxide from sources such as power plants and stores it in the ground. This is done so that the carbon dioxide does not get released into the atmosphere, which would contribute to global warming.

However, there are some disadvantages of carbon capture. For example, if we do not store this carbon dioxide in the ground properly and it leaks into the atmosphere then we will have to deal with more severe consequences like increased temperatures, melting ice caps and rising sea levels.

The Future of Carbon Capture and the Global Climate Change Discussion

There is a lot of speculation on what the future will look like with climate change. While some believe that humans are contributing to the problem, others believe that it is a natural phenomenon. Regardless of how people feel about climate change, there is no denying that we need to do something about it.

The global climate change discussion is important because it will affect everyone. We need to work together and make decisions on how we can best combat this issue.

The CarboNado is a carbon capture and removal system that aims to reduce the amount of CO2 in the atmosphere.

It has been developed by the Australian government and it is currently being tested at a coal power plant in Newcastle, NSW.

Carbon Capture is Here! – How it Works and its Benefits

Carbon capture is a process where CO2 is captured and stored. Carbon capture and storage works by collecting the CO2 that is released into the atmosphere and then storing it in a reservoir or geological formation. This way, the CO2 can be stored indefinitely and doesn’t contribute to global warming. There are many benefits of carbon capture, including:

-It reduces carbon emissions in the atmosphere

-It helps reduce the effects of climate change

The process of capturing carbon from the air can be done with a machine called a “carbon capture machine.” This machine reduces CO2 emissions by capturing them before they enter the atmosphere and then stores them underground in places like old oil wells or salt caverns. Carbon capture machines are costly and require maintenance, but they can be helpful for reducing CO2 emissions for countries that want to combat climate change without sacrificing economic growth.

The Future of Carbon Capture

Carbon dioxide emissions have increased by more than 20% since 1990, and it looks like they are not going to decrease anytime soon. Carbon capture technology has been around for decades, but it is expensive and there are some issues with its effectiveness.

In order to make this technology more viable in the future, we need to find a way to reduce the cost of building these plants while also increasing their efficiency – which will be difficult considering how long these plants have been around for.

Conclusion – Why You Should Support Carbon Capture

The conclusion of this paper should be a call to action. The world is changing and so are the problems we face. We need to think about how we can solve these issues in an ethical way that will benefit all life on Earth.

We recommend that you support carbon capture and storage, as it is the most promising solution to climate change prevention and clean energy companies.