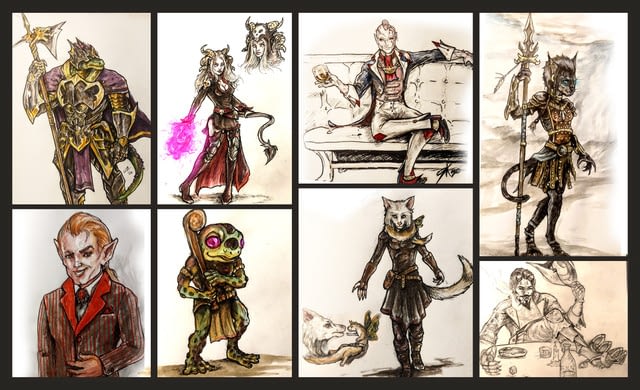 Introduction: Learn How to Create Your Own Character and Make Him or Her Stand Out from the Crowd

In this step-by-step guide, we will teach you how to create your own character and make him or her stand out from the crowd.

The most important factor in creating a character is making sure that they have a clear role in the story. For example, if you are writing about a detective, it’s important to make sure that the protagonist has a strong sense of duty and justice.

How to Create Characters that are Life-like

Some writers struggle with creating realistic characters. But, there are some simple steps that can help them get started.

Step 1: Develop a detailed back story for the character

Step 2: Create a list of personality traits for the character

Step 3: Create a list of strengths and weaknesses for the character

With the right design, a fictional character can easily become a star. But how do you make your character stand out? Here are some tips to help you create your own characters that will make your readers fall in love with them.

A fictional character should be designed to be different and unique. You don’t want them to look like every other character in the story because it will make them boring and hard to remember.

-Different facial features: The eyes, nose, mouth, hair, and eyebrows are all important for creating a unique looking character.

-Different body type: A petite woman is not going to have the same body type as an obese man or an athletic woman for example.

-Different clothes: Your protagonist might wear more formal attire than other characters in their world

The best characters are those that have a lasting impact on the readers. They make an impact by being relatable, memorable and a little bit quirky.

It’s important to create characters that people will remember and want to read about again and again.

Tips for Writing Fictional Characters of All Ages and Stereotypes

In order to create a fictional character that is relatable, write them with the same emotions you would feel in their situation. This can help make your characters more realistic and easier to connect with.

Tips for Writing Fictional Characters of All Ages and Stereotypes:

– Make sure that your characters have clear goals and motivations.

– Consider what they are like on the inside as well as how they look on the outside.

– Avoid stereotypes by writing diverse characters of all ages who have different backgrounds, personalities, and experiences.

How to Research and Create Characters

Researching characters is an important aspect of writing. It helps you to create a well-rounded character that can be easily related to. There are many steps in the process of researching and creating a character.

First, you need to understand their background and personality. You should also learn about the things they like or dislike, what they want, what their goals are, and how they react to certain situations.

Second, you should learn about the world in which your character lives in so that you can make sure that your story is relevant or realistic enough for them.

Thirdly, you need to know how your character would behave in different situations so that it’s easy for readers to relate with them.

Fourthly, if your character has a special ability or superpower then make sure that is represented in their appearance.

The Basics of Storytelling with Character Traits in Mind

A character trait is a description of a person’s personality, background, or behavior. In storytelling, the traits are used to add depth and dimension to characters.

A character trait is an aspect of a character that can be used to describe them. Traits can be physical (e.g., tall), psychological (e.g., introverted), or social (e.g., flirtatious). They are also often associated with specific types of literature like novels, short stories, and plays.

The following are some common traits:

– Shyness: Someone who is shy will often feel uncomfortable in social situations and may struggle with making friends

– Kindness: A kind person cares about others more than themselves

– Stubbornness: Someone who is stubborn is not necessarily difficult to deal with.

How to Keep Characters Alive with Interaction and Developing Relationships?

Characters are alive when they have a story arc, which is developed through interaction and developing relationships.

The following are some of the ways that authors can keep their characters alive:

Conclusion: Building your fictional Character More Realistic and Memorable for others

You will find that it is easier to build a more realistic and memorable character when you have a good understanding of the personality traits, motivations, and emotions.

You can also use this knowledge to create an interesting story for your character.

In conclusion, the most important thing is to have a character that people can relate to. With this in mind, you should be able to build characters that are realistic and memorable for others.

There are many ways of building character in a story, but one of the most effective ways is by using dialogue. This will help you develop your character more realistically and give them depth and personality.