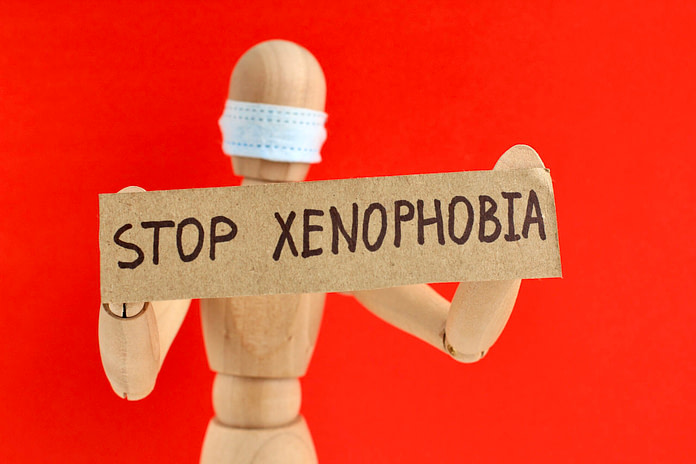 Introduction: What is Xenophobia and Why Do We Feel It?

Xenophobia is the fear of that which is different. It can be a fear of foreigners, people from other cultures, strange animals and even places that are unfamiliar to us.

Xenophobia can manifest itself in many ways and it can be very difficult to pinpoint what causes someone to feel this way. For example, some might not want to share their food or let someone else use their bathroom because they feel like they are being invaded by others.

The feeling of xenophobia is often attributed to the uncertainty of what will happen if we do not know what something is going to be like.

A xenophobe is someone who believes that people from a different race, religion, or culture are inferior to them.

Negative stereotypes are the cause of xenophobia because they make people feel like their own race is superior and other races are inferior. This causes them to feel threatened by the idea of being around those who are different from them.

How Awareness Is the Key to Overcoming Xenophobia

Xenophobia is the fear of that which is different from oneself. It can be seen in many ways such as racism, sexism and homophobia. With the rise of globalization and globalism, a new form of xenophobia has emerged – cultural xenophobia.

Cultural Xenophobia: Cultural xenophobia is a fear of what is different or unfamiliar to oneself. It can be seen in many ways such as racism, sexism and homophobia. This type of xenophobia is more prevalent among people who are not exposed to other cultures.

In order to overcome this fear, we must first understand it before we can overcome it. Awareness is key to overcoming any type of fear including cultural xenophobia

How to Help People Overcome Their Xenophobic Beliefs

There are a number of ways to help someone overcome their xenophobic beliefs. One way is to educate them on the facts about other cultures, countries, and religions. Another is to help them understand that they don’t have control over how others perceive them – we all have our own opinions and perceptions. It’s important to remember that people can change their minds once they are educated on the facts.

The best way to help someone overcome their xenophobia is to give them a positive, concrete reason not to be afraid of foreigners. This can be done by showing them that foreigners are not really different from them and that they are just people like everyone else.

The most important thing is to make sure that you are providing the person with a positive experience. It’s also important to try and understand their perspective and why they have those beliefs in the first place.

Some tips on how to help someone overcome their xenophobic beliefs:

– Ask the person if there’s anything you can do for him or her, such as offering him or her a cup of coffee.

Xenophobia is a term used to describe the fear of people who are different from us. It is a natural human response, but it can also lead to prejudice, discrimination, and hate.

The future of xenophobia will be determined by the development of AI tools that can help humans understand each other better.