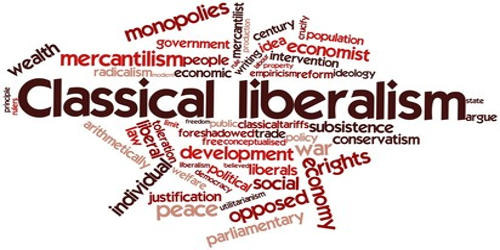 Introduction: What is Classical Liberalism & Who are the Liberals?

Classical liberalism is the idea that individual liberty should be the basis of government.

The liberals are individuals who believe in classical liberalism. They argue that the state should exist only to protect individual rights, and that it should not interfere with economic affairs.

What is Classical Liberalism?

Classical liberalism is a political and economic theory that emphasizes individual liberty and limited government intervention in the economy.

The classical liberal is also known as a liberal to distinguish them from modern liberals. Modern liberals believe that individuals have the right to life, liberty, and property.

Traditional liberalism is often associated with social liberalism, which is a type of liberalism focused on individual rights and equality before the law for all people regardless of their sex, race, religion or social class.

The answer is no. Classical liberalism is still alive and well, but it’s not the dominant ideology anymore. As the world moves towards globalization and technological advancements, classical liberalism has been challenged by other ideologies such as social democracy and neoliberalism.

The liberal ideology started as an economic theory that advocated for a separation of state powers from economic power. Liberalism also believes in freedom of speech, freedom of religion and equal opportunity for all people regardless of race, gender or class.

What is the Difference Between Classical and Progressive Liberalism?

Classical liberalism is generally considered to be a philosophy that supports minimal government intervention in the market economy, individual rights, private property, and freedom of speech. Progressive liberalism is a more recent departure from classical liberalism which seeks to move towards social justice and equality.

The difference between the two liberal ideologies is that progressive liberals believe in using government power to fight inequality and injustice. Classical liberals generally believe that it is not the role of government to intervene in economic or social matters unless it’s necessary for public safety or health.

How Does Libertarianism Relate to Classical Liberals?

Classical liberals believe that the individual should be free to make choices for themselves without government interference.

Libertarianism is a political philosophy that promotes the rights of individuals to life, liberty, and property. It has developed in parallel with classical liberalism.

The Libertarian Party is an American third party that advocates for limited government, which includes the right to own private property and pursue one’s own life, liberty, and happiness.

What are the Key Features of Classical Liberalism?

Classical liberalism is a political philosophy that emphasizes individual freedom and limited government. It is the dominant ideology in much of Western Europe and North America.

The key features of classical liberalism are the belief in the rule of law, individual liberty, free markets and limited government.

The term “liberalism” has been used to describe different ideologies throughout history, but it primarily refers to a political philosophy that emerged in Europe during the Enlightenment era.

How Are Modern Liberals Different From Classical Liberals?

Modern liberals are more inclusive than their classical counterparts. They are also more critical of capitalism and support socialism as a form of government.

Conclusion: What criticisms would a classical liberal face from modern conservatives?

This is the conclusion to the article. It summarizes the main points of the paper and discusses how classical liberals would respond to modern conservatives.

The biggest criticism that modern conservatives would have for classical liberals is that they don’t understand how difficult it is for people to get ahead, especially if they come from a disadvantaged background. They argue that it’s unfair for some people to be born into privilege while others struggle just to survive.

Classical liberals would not be quick to accept that there is a need for government intervention in order to ensure a just society. They are more likely to argue that individuals should be free from interference and should be able to live freely as they see fit, with minimal restrictions on their personal choices.